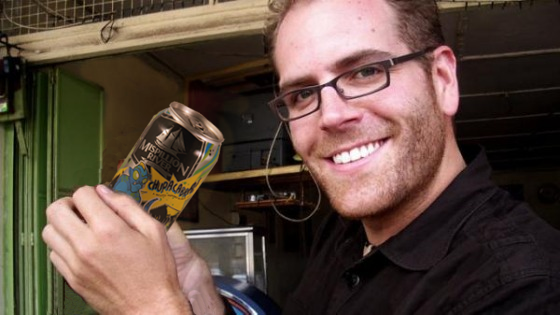 Today I’m substituting for renowned TV host, explorer and well know cryptozoologist Josh Gates. Gates has made a living out of hosting such shows as SYFY’s Destination Truth and Travel Channel’s Expedition Unknown, the gist of which are that he goes to a location that has reports of some strange creature in an attempt to either prove or disprove these claims. He’s traveled all over the world in search of animals that people have claimed they’ve seen or have been attacked by, although there is no scientific evidence of these creature’s existence. For the most part, it looks like fun.

Unfortunately, I don’t have the adventurous nature that Mister Gates does. Well, that’s not true. I would love to travel the world searching for things that may or may not be real (like…say…hipsters! I mean, we’ve all seen the pictures, but do they TRULY exist…hmmm?), but my reality is that I have responsibilities, lack of funds, and no TV deal.

But I didn’t let that deter me the other day when armed with only my resolve and $10, I fearlessly trekked through the densely laden aisle of my nearby liquor store in search of a creature that Josh himself has investigated on several occasions, the fabled goat sucking (Fun trivia fact, that last word is the only word in my four year career of blogging that I made sure I spelled correctly on ten separate occasions before publishing or this could have gone south very quickly) Chupacabra! In my case however, in the form of a mojito inspired ale brewed by Mispillion River.

The expedition was arduous as I circumnavigated past the rum and vodka. When I had reached the Australian wines, I almost lost a member of the team, but I was able to pull him to safety from the end-cap of Yellow Tail he had fallen over.

Soon I was at my destination and not long after setting up base camp I began seeing signs of activity. I ventured out into the beer section, quietly scanning my surroundings for any sign of this illusive creature when suddenly I caught a glimpse of something hidden in the shelving. There! There it was! The fabled Chupacabra! Six of them! In there own natural habitat!

Well damn. That actually wasn’t all that hard. Let’s taste.

THEM: Chupacabra! started as a small batch beer that was tapped at the brewery in March of 2015. The beer at that time was built on a grain bill of 2-row and honey malt, and brewed with lime zest, fresh mint, and wild flower honey. The beer is balanced out with 20IBUs and brings 5.0%ABV to the search.

ME: Not a bad beer on the pour. Not overly carbonated, tiptoes into the amber shade a bit at the top of the glass I’m drinking from. The head recedes quickly to just a ring around the inside of the glass. The nose gives an unmistakeable hint of mint with an under current of lime and other citrus which carries over into the flavor (although I find the mint and the lime more prominent in the nose) where they mix together with a nice touch of honey. The body is light, and the finish is clean.

I wish there was more to say about this beer but there’s really not, which is fine because I believe this is a case where less is definitely more. Chupacabra! is light and approachable, hitting all of the brewery’s descriptive marks while delivering a very drinkable, Summertime beer. Mint isn’t my favorite flavor in the world, so Chupacabra! isn’t something I would normally gravitate towards but I could definitely drink a couple of these and I’m sure that once Tracey gets a taste of it the rest of the six pack won’t be hanging around the fridge for very long.

So if you like mint (or even if you’re not its biggest fan) and you’re looking for a beer built for Summertime drinking, check out Chupacabra! Just make sure you take a picture of it, or your friends just might not believe you.