If you do something you enjoy long enough, every now and then an interesting intersection of events will occur. That happened last month when, not long after getting my notice from WordPress that I had reached my fifth year anniversary, I was going through my insights and noticed that my next post (this one) would be my 300th!

NOPE! None of that! That’s waaaaay to easy.

I’m not going to lie (this time I’m not), this being my 5th year is a little bittersweet since as I look back I see that I haven’t been keeping up my posting rate this year as I have in the past – and I didn’t really have to look back to know that. The reasons for this decline are various and I thought I’d talk a bit about that, but after running several possible explanative paragraphs through my head I realized that none of that really matters to anyone but me.

Instead, I would much rather focus on some of the positive highlights of the past year (and a year or two leading up to it) especially in the arena of things I never thought I’d find myself doing when I started this blog.

I started out wanting to write a generic beer blog with touches of food, lots of reviews and a big helping of humor. Over the years, I learned that many readers who gravitated to my blog weren’t overly interested in that (or maybe in fairness they were trying to tell me that I wasn’t doing as good of a job as I thought I was).

It wasn’t until I realized that no one was really focusing on the explosive beer scene that is Delaware and turned my attentions towards it, that this blog started to take off (well ‘take off’ is relative, but remember my initial goal was not to quit after six months with nothing more to say). 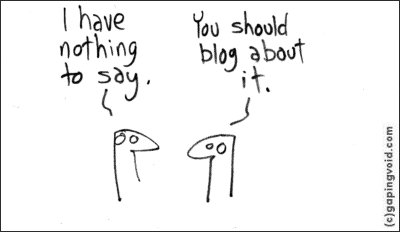 What I found out (quite by accident) is that the people who were coming to my blog seemed to be more interested in the local beer scene and by extension, anything newsworthy that might be happening in it, than they were about another by-the-numbers review of a beer from Stone or Sierra Nevada.

Don’t get me wrong, the reviews were getting read but you could definitely tell that there was an elevated interest in what was going on, both good and bad, in the local beer scene.

When people kept tossing around the Brewer’s Association’s factoid that Fordham/Dominon was owned 51% by industry giant AB-INBev I decided to find out the truth and found myself interviewing FoDo CEO Jim Lutz about that very issue.

I’m no where near as comfortable with interviews as I am other aspects of the blog, but that initial discussion with Jim encouraged me to reach out to more people over the past year including Jeremy Hughes about the growing Odessa Brewfest , BBQ Competition organizer Sandy Fulton as to why New Castle BBQ competition’s buck-a-bone promotion never quite got off the ground and Mike Stiglitz about why his Two Stone Pubs in Delaware had to be re-licensed as brewpubs.

The other thing I never envisioned when I started this blog was publishers reaching out to me with offers of advanced copies of beer and brewing related books. I’ve built a nice collection thanks to some very generous publishes and I’m currently trying to find enough time to finish Jeff Alworth’s The Beer Bible and hope to post a review when I do.

But it was when Arcadia Publishing reached out and asked if I wanted an advanced copy of John Medkeff Jr’s Brewing in Delaware for review that I was really quite taken aback with a “what? really?” feeling. The experience gave me the courage to actually request (and receive) an advance copy of Tony Russo’s Delaware Beer: Brewing in the First State.

While this last year may have been short on posts, it was certainly not short on milestones; many as I’ve stated being things I never thought I’d be doing when I began this journey.

In the future? Hopefully more of these types of posts, plus a few food related topics like BBQ or pizza, and a sprinkle of pop culture. Oh, and reviews will be back, promise. Delaware is producing some amazing beers at the moment and I want to spread the word to beer lovers out there that Delaware is much, much more than just Dogfish Head (nothing but love for you DFH but come on, everyone knows who you are).

And the humor will still be here, well what passes for it here at least.

As always I want to thank every one who has taken the time to talk to me, especially the brewers and the owners who are willing to take so much of their valuable time to talk to a guy who merely writes about beer in a small mom and pop blog. I want to thank everyone who’s ever taken time out of their busy day to read something I’ve written, especially those who have taken the time to comment or share it forward.

And of course, thanks to Tracey who I can assure you at no time in her life before she met me did she think she’d be spending so much time at beer festivals or breweries. But between you and me, I think she gets a kick out of the people who now come up at events to say hello to her. 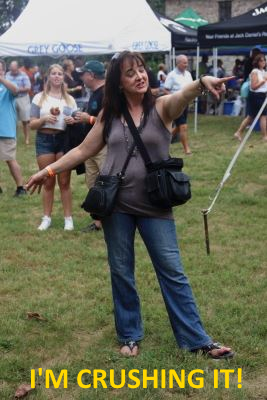 Well, I wouldn’t say more, but yeah… he’s not going anywhere. Wouldn’t be the Dogs of Beer without him.

Coming up next…Part 2, where I share some stories and thoughts about one of my favorite beers which is no longer available around here, Untappd, and the pitfalls of putting too much thought into that 1000th unique beer check-in.