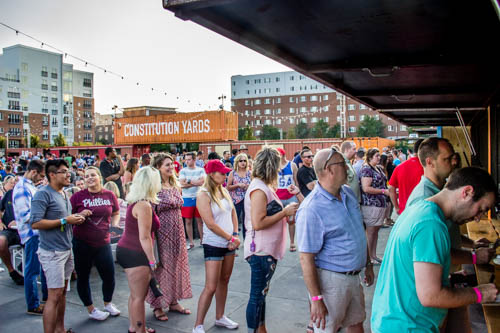 We decided to get out of the house Saturday night to check out the newly opened (for now) Constitution Yards Beer Garden down at the Wilmington river front.

The beer garden, which opened in Justison Landing Park last Friday hopes to become a destination for summer time (and beyond) folks looking for something to do outside the normal bar routine. The spot also hopes to be a place where families come to congregate and, much in the vain of the traditional beer gardens of early German immigrants, is both child and dog friendly.

In that regard, the CYBG really seemed to be fitting the bill on Saturday night with a nice mixture of young and old enjoying the amenities and games. People indeed brought their children who played in the large sand areas, and a few people did bring their dogs.

The location has an interesting vibe that goes well with the river front as its main perimeter is defined by stacked cargo containers. If you’re currently watching the TV series Containment, you know what I mean – minus the viral outbreak.

The initial draft beer list was pretty solid with local breweries Dogfish Head, 2SP, Victory and 16 Mile represented as well a Coors Light tap for people who prefer something lighter. The canned beer list was also pretty good although not as populated with locals (hello? Mispillion?). Pricing wasn’t bad with most beers running about $6. Wine and food (pub-style snacks, salads, burgers, sandwiches, and rotisserie chicken) are also available.

For now the CYBG has a temporary liquor license that will keep the location open until July 7th after which the beer garden will have to wait until a publicly open hearing by the Delaware Alcoholic Beverage Control due to various complaints from local residents about possible issues to see if it will be granted a biennial license.

Click on a photo below to view in slideshow mode. 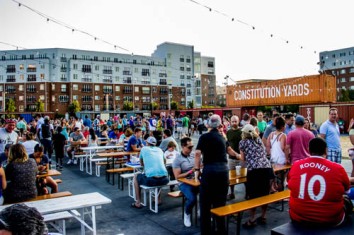 The staff hard at work. 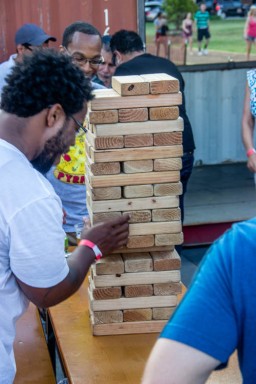 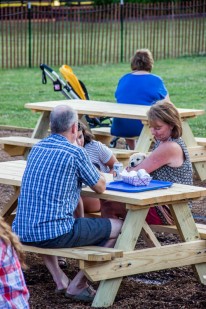 A couple enjoys some dog time. 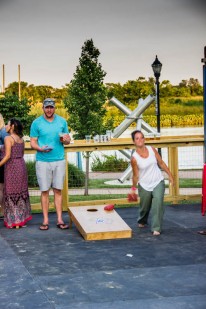 Kids playing in the sand.