You still have time to pick up general admission tickets for this Saturday’s Historic Odessa’s Brewfest, the second iteration of last year’s newest beer festival to attempt to make a splash on the festival scene.

And believe me, it did. Situated on the on the grounds of the National Historic Register, 246-year-old Wilson-Warner House, the festival presented an amazing backdrop for the over 45 breweries and the over 1400 who walked pasted the volunteer manned entrance tables to experience the up to 6 hours (depending on the level of tickets purchased) of craft beer, wine and spirits that the festival was offering. 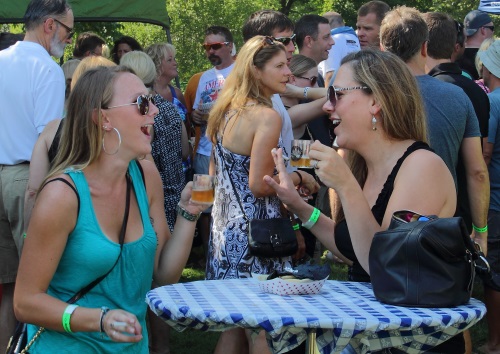 Of course, the goal of any great festival should be to always improve upon the previous year which might be hard to do considering how good last year’s festival was, but event co-ordinator Jeremy Hughes and his team were up to the task. So let’s run down some of the highlights that this year’s attendees have to look forward to.

For those looking for something new locally, Smyrna’s Blue Earl Brewing, who attended last year only in a meet-and-greet capacity as Warlock Brewing will be attending this year pouring samples of their awesome beers.

And if you have not had a chance to try the continually sold out Not Your Father’s Root Beer, then Odessa will offer you a chance as well as the new addition to the alcoholic root beer craze Coney Island Root Beer.

If wine and spirits are more your thing, Odessa will have you covered again this year with Delaware Distilling, Harvest Ridge Winery, Painted Stave, Fenwick Wine Cellars, and Philadelphia Distilling.

However, when Jeremy was scouting other festivals in preparation of organizing his own, he noticed that the best ones offered more than just alcohol, “We wanted to create a beer festival that would separate itself from other beer festivals.  After attending quite a few of them myself, as well as many other types of festivals and events, I found that a beer festival can’t just be about beer.” [Quote from my review of last year’s Odessa Brewfest]

So of course, he was keen to improve upon those aspects of the festival as well.

Rich Wagner, colonial brewing historian and presenter will be one hand to demonstrate the art of brewing as it was in the 18th century.

Food will once again be an important part of the festival with Cantwell’s Tavern and The Roaming Raven food truck providing food to the attendees as well as cheese pairings from Fromage a Cheese Boutique, and ice cream from Hy-Point dairy. 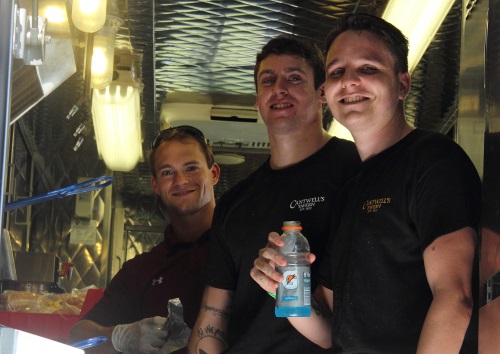 Local artisans will also be a big part of the Odessa Brewfest including fine kitchenware from Paul Schiffelbein Woodworking and beer bottle crafts from Bottle Slumpers; Guy & Lady Barrel Cigars offering premium cigars from the Dominican Republic, and homemade jams and jellies from Fairview Farms.

Sound like a great time? It should. So if you’ve been on the fence as to whether-or-not to attend the Odessa Brewfest – hop off. Great music, food and beer are waiting for you.

THE INFORMATION YOU NEED:

For general and ticket information, as well as news and regular updates on participating brewers, visit or follow the Historic Odessa Brewfest at:

Along with the participating breweries, distilleries, wineries, artisans, musicians and festival attendees, Jeremy Huges and  his staff would like to thank:

Established in 2005, the Historic Odessa Foundation owns and operates The Historic Houses of Odessa, a 30-acre enclave of 18th and 19th century structures located in the town of Odessa, just two miles from DE 1 and just off U.S. Route 13 in southern New Castle County, Del. The historic buildings and gardens along with a well-documented collection of more than 5000 objects and furnishings offer a unique picture of Delaware’s colonial period in a rural village that played a vital part in America’s commercial history. The original town of Odessa, originally known as Cantwell’s Bridge, has retained much of its 18th century charm and is listed on the National Register of Historic Places and home to a National Historic Landmark,and two National Park Service Network to Freedom sites. http://www.historicodessa.org

The author would like to thank Jeremy Hughes for his time and information concerning this year’s Odessa Brewfest.

All Photos : The Dogs of Beer.

Disclosure: The author was compensated for this article with two VIP tickets. However, since Tracey and I believe in supporting our local festivals and their causes, we’d already purchased ours. The tickets will either be given to friends or used as give-aways on the blog. This compensation in no way influenced the content or tone of this, or future, articles.