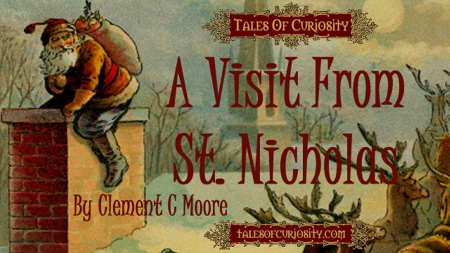 Twas the night before Christmas, beyond any doubt.
But Buddy wasn’t sleeping with all these bloggers about.

The gang had shown up to spread some Holiday cheer.
Bringing with them loads of food, spirits and beer.

G-LO poured scotch, waving the bottle with glee.
“It just wouldn’t be Christmas, if we don’t kill three of these!”

Jana was there with food so unique.
Along with a good selection of Beers of the Week

“These beers are from Belgium!”, Chris loudly announced.
They were great but had names  I could hardly pronounce.

Scott wandered in, with meat scented of smoke.
Popped open a beer and started telling a joke.

Bryan was breaking down our trends like mathematician Descartes
Showing us what was going on with a bunch of tables and a chart.

Josh and Doug were both busy, Skyping with Liquorstore Bear.
He had no booze in Canada, “God, I wish I was their!”

Oliver was quick to correct, always the editor extraordinaire.
“I think in that last verse, you probably meant ‘there’.”

When out from the driveway, there came such a sound.
We sprang to the window with a leap and a bound.

The scene it was hazy, I thought from from the snow.
Then Jana swiped her palm on the glass, “Dude, clean your windows.”

On the lawn stood a man, his cheeks a rosy glow.
Rocking on his heels and peeing in the snow.

He kept straight to his task, and spoke not a word.
Took a sip from his flask, then flipped us the bird.

We stood there transfixed wondering who this could be
When G-Lo exclaimed suddenly, “Hey, I think that’s Limp-D!”

Sure he was right, I replied with a grin.
“That’s got to be chilly. Should we let the guy in?”

“I really don’t know”, G-Lo said with a smile.
“His bladder’s quite big. He could be out there awhile.”

But soon he was done, and into the house he came.
Greeting each blogger, calling them by name.

G-Lo! Jana! Scott! Oliver and Ed!
Sorry about that, but I couldn’t find the head!

Chris! Josh! Bryan, and Doug!
It’s freezing out there, someone fill me a mug!

From there things got fuzzy, like great times with friends  do.
I remember nothing else, and so this tale is through.

So we say to you all, as we have twice before.
Happy Holidays to all, from our house to yours!

4 thoughts on “Our Yearly Visit From Saint…OK, This Year it’s Beer Bloggers”