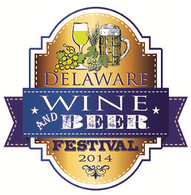 I’ve made no apologies about my fondness for the Delaware Wine and Beer Festival (DWBF) since I first attended back in 2012.  As I alluded to in my Odessa Brewfest post, the DWBF functions under an enviable model that many festivals would love to emulate.

First, hosted at the spacious and beautiful Delaware Agricultural Museum & Village the event sports a backdrop that is more rustic than many other festivals out there.  Also, event organizer Cindy Small and her excellent team from VisitDover.com, have done more than just pull together your cookie-cutter style festival that you see springing up all over the area lately.  No, the DWBF has narrowed the focus of their festival to everything that is great about the state of Delaware.

Not only does the festival bring together almost all of the breweries and wineries that operate within Delaware State lines, but as their motto “Drink Local, Eat Local, Buy Local” suggests, the DWBF will have food provided by over a dozen of the finest restaurants and eateries in the state.  Add on top of that some of the best Delaware artisans, and you have an amazing compilation of everything good in Delaware.

Yep, Delaware at its finest.  Take for example last year, when homebrewers came from all areas of the state to see if their beer was good enough to earn them the title ofDelaware Homebrew Champion in the DWBF’s first BCJP judged Delaware Homebrew Championship.  And after all the beer had been tasted, and the smoke cleared, one homebrewer emerged victorious – Russell Kalbach from….. Upper Darby, PA?  Really? Did we fact check that?

Ah! OK, that’s fine. Although the DWBF primarly focuses on Delaware, it’s not unusual to find a little out-of-state sprinkled in.  Two years ago, they brought in PA favorites Yards Brewing, and last year a favorite of mine from MD, Tall Tales Brewing was pouring beers.

So its no surprise that the festival would welcome out-of-state brewers interested in seeing if they could make claim to Delaware’s homebrewing title.  Take Joseph Kahn for instance.  Joseph came all the way up from Washington DC and was rewarded when his porter, I Hardly Knew Her won in the Specialty category. But rest assured, Delaware was greatly represented in the winner’s circle.

Lewes brewer Conner Brown’s brown ale was good enough to win the America Ale category, while Matthew Wood of Felton took the American IPA category with his entry, Hop Smack. Chris Kozinki from Wilmington brought down some northern Delaware flavor with his Peach Saison which took first in the Delaware Grown Fruit Beer category. But it was Russell’s French Ale category winning Saison, that the judges liked the best.

“That was the first time I had brewed that particular beer,” Russell told me in an email conversation. “As a gift, my girlfriend has custom bottlecaps made for me, one of which was the image of the French street sign for a motorcycle. So I set out to create a traditional French beer.”

So what was his approach to his championship winning beer? “I create and write all of my own recipes, so I researched traditional French beers and settled on a saison. I was very happy with how it came out, so I decided to enter it in this competition.”

When the conversation turned to previous competition experience, Russell was pretty candid, “This was the first championship I had won. Though I have been brewing for several years, I very rarely enter competitions. I believe this was only my second or third competition. I mostly brew beer to learn, enjoy, and share with friends.”

Pointing out however that he still had a good familiarity with homebrew competitions through interactions with members of his homebrew club despite his actually lack of experience; when asked about the difference between DWBF’s competition and others he responded, “[The Delaware Wine and Beer Festival Homebrew Competition] is different in the fact that there is a people’s choice component, followed by a certified judging component. Most are one or the other. This presents the challenge of brewing a beer that is a crowd pleaser, but also technically sound to meet the criteria of style that will be used in the certified judging.”

Of course, once you’ve brewed a championship winning beer there’s no need to tinker with it anymore, right?  Not according to Russell, “Since then, I’ve brewed it a second time using hops grown in France, which are hard to find. I think that batch came out even better.”

Unfortunately, people who have purchased VIP tickets for this Saturday’s festival will not get a chance to try the improved version, “I have entered the competition again, and I will be at the festival all day. I entered the Delaware-Grown Fruit Beer category. I brewed a Berliner Weisse with a massive quantity of raspberries from Delaware. Berliner Weisse is a traditional German sour ale, very light in body and alcohol. The raspberries provide a great colour and a compliment to the tart taste.”

So with all his preparation and hard work, is there anything else that Russell thinks would make this year’s entry stand out amongst his competitors? “It’s a great beer to drink on a warm day, so I’m praying for nice weather.”

He’ll also have to hope that his beer is better than those of the 44 other entries to this year’s competition, which Cindy Small says is a sharp increase from last year.

The DWBF and the Delaware Homebrew Championship will be held this Saturday, October 11th and the beer categories being judged are American Ale, Belgian/French Ale, Delaware Grown Fruit beer, IPA, and Specialty categories.  Along with the certified judging, VIP ticket holders are invited to the homebrew competition area (located on the south side of the museum) to participate in the people’s choice judging. Winners will be announced at 4pm.

This year’s championship competition prizes total more than $2000, including a “brewternship” with Delaware breweries Fordham and Dominion.

Good luck to everyone who has entered and we’ll see ya’ on Saturday!

[As always the author would like to thank Cindy Small and Charles Gray for their valuable time in helping me write this post.  I would also like to thank Russell Kalbach for taking his time to do the interview.  Good luck on Saturday, Russell!”]

Find out more about the Delaware Wine and Beer Festival.