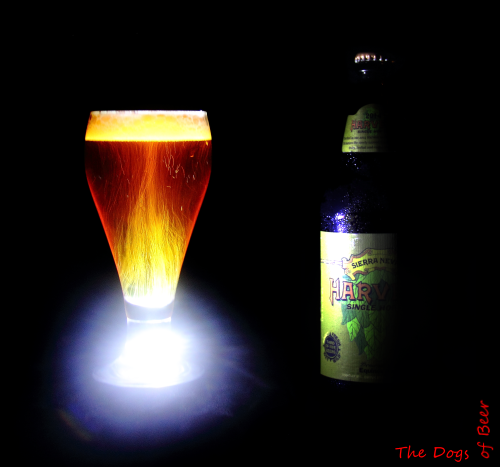 As I’m writing this, summer is on its last leg.  Seriously.  It is 9:37pm on Monday September, 22nd and Summer only has an hour or so to live.  No, this isn’t some kind of Soap Opera or Murder Mystery, it’s just the normal changing of the seasons. The autumnal equinox happens tonight (or last night, as you’re reading this) at 10:29pm EDT and while many people may be mourning the death of summer, I’m going to be honest, I love fall.

OH don’t me wrong, I don’t love winter any more than you do.  Freezing, winds, ice – no thank you.  But before all that crap comes, it’s fall, and fall my friends is awesome. Cool nights, turning leaves, beautiful skies and of course Halloween.

The day and night on the equinox are not “equal”, most certainly not all over the world.  As I wrote before, sunset and sunrise are marked by the last trace of the sun sliding under the horizon, and the first glimpse of it rising above the horizon (respectively) which means technically daylight always beats out night by a few minutes on the day of the equinox.  But there’s another factor that makes this whole “equal time” rule get all fuzzy.

The sun plays a trick on you.  Every night, every morning.  Well, actually that’s not true; the trick is played by Earth, thanks to its atmosphere.  Because of the refraction of light through the Earth’s atmosphere, the sun appears to remain longer in the morning and evening skies than it actually does.  As a matter of fact, if you’ve ever watched the sunset at Mallory Square in Key West, by the time the last wisp of the sun’s disk disappears below the horizon it in fact has already been set for quite some time.

And don’t get me started on what living near the North or South poles brings to all this confusion.

So with all these deviations due to definitions and nature trickery what truly is an Equinox? It can be simply thought of as one of two points in the Earth’s orbit in which neither pole points at any degree towards the sun.  Because the Earth rotates on a tilt of 23.5 degrees, either the North or South pole is always pointing more towards the sun (even ever so slightly) than the other except at these two points in the Earth’s orbit.

So what’s equal? As we know from the whole “short days in the winter, long days in the summer”, the sun’s path across the sky moves throughout the year.  Its highest path across the sky happens sometime around June 21st at the Summer Solstice, and its lowest around December 21st at the Winter Solstice. On the two Equinoxes, the path of the sun lays equally between the two at a point referred to as the celestial equator.

Sorry, I didn’t want to make this Full Moon post 2.0,  but I thought a little discussion concerning the equinox was appropriate considering that today I want to talk about Sierra Nevada’s third entry in their five-bottle Harvest Series , their Single Hop IPA which is brewed with the new hop on the block, Equinox.  As I stated in my review on DFH’s American Beauty, Equinox was developed by The Hop Breeding Company and up until April it was referred to simply as #366. It’s the new “hop darling” in the craft beer world.  Is it worthy of all that buzz?  Let’s taste.

THEM: The beer appears to be a straight ahead IPA, containing only 2-row pale and caramel malts, while being bittered (55 IBU) and flavored strictly by Equinox hops.  The beer starts out at 15.7° plato and ferments down to 6.5%ABV.

ME:  Equinox is a nice looking beer, transitioning from a nice golden to a somewhat orange color from the bottom to the top of my glass.  The carbonation is on point, nice white head that lasts long enough, and a considerable amount of lacing around the glass as I drink it.  The malt balance is there but to be honest its a little more restrained than I like in my IPAs but it is in line with where SN balances their other beers. I am getting the slightest bread/cracker thing going on, but other than that, it all about the Equinox.

In the nose there’s citrus, some earth (herbal?) and a sprinkling of pine. The flavor continues these flavors, adding a touch of spice and maybe some woody undertones.  This is a hoppy beer make no mistake, but it’s not a hop burner by any means, OK, maybe by the time you get to the bottom of the bottle, but really, it’s not overly aggressive.

I’m getting fruit out of it, but my brain keeps wanting to say grapefruit, but I don’t think so.  When was the last time I had papaya? And I’m totally missing the green pepper.  I’m wondering if this review would have been better served if I’d tasted this beer side-by-side with a few others from Sierra Nevada’s line.  Some times that helps a lot.  Still time.

Overall?  Nice beer, definitely something you should grab a hold of if you want to do a little homework on this new hop, as I’m sure you’ll be seeing it utilized by other breweries in the future.  As far as an everyday beer is concerned?  Well, if you like the profiles this hop is bringing to the table, then it may possibly be an option.  After all, where I buy beer, I can get a bomber bottle of it for $4.99, which isn’t bad. New hop or not.